Teas of the world

India is known for their spices, and their tea is no exception. Chai is an integral part of Indian culture, it is virtually impossible to avoid when travelling through any area of the country.

Although earl grey is most commonly associated with the United Kingdom, the tea itself comes from Sri Lanka. It was the Prime Minister of Britain from 1830 -1834, Earl Grey, that made this tea so popular that it was named after him. Try this classic with a twist. Our #1 fan favourite, Lavender Earl Grey

The best quality Camomile flowers come from Egypt, and have a yellow centre with with flowers -they look almost like a daisy.
Camomile tea can be sipped to relieve headaches, nervousness, anxiety, and an upset stomach. A touch of milk adds a lot to your cup of camomile.

This green tea is a specialty Japanese style tea, with fire roasted rice. It also goes by its pet name, ” popcorn tea”. Legend has it that in the 1400’s, a samurai warlord was being served tea by a servant named Genemai. She bumped him and knocked his rice snack into his tea, and it popped when it hit the hot tea. He was so enraged that he beheaded Genemai on the spot. Turns out that after the fact, he actually enjoyed his accidental beverage, and name it after Genemai in her honour.

Experience teas from around the world from the comfort of your own home when you order tea from us.  You’ll find tea from, India, Sri Lanka, Egypt, Thailand, Chile, South Africa, Poland, Albania, Turkey, France, Japan, Brazil, China, Taiwan, and more! 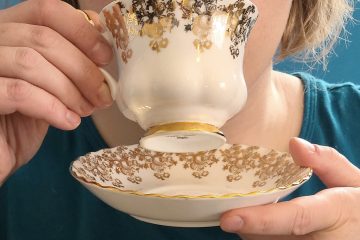 I was having tea (she was having coffee) with a friend of mine this morning. She just isn’t into tea, even though she has tried a lot of the teas from Vintage Fork. She’s just a Read more… 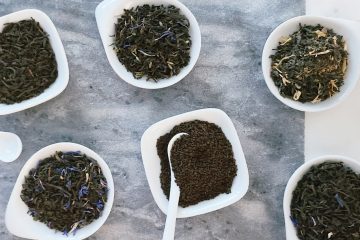 What makes a great black tea?

At Vintage Fork Tea shop, we have a variety of teas. With so many options, it can be a bit daunting trying to choose just one. Here we’re featuring just some of our 11 types Read more… 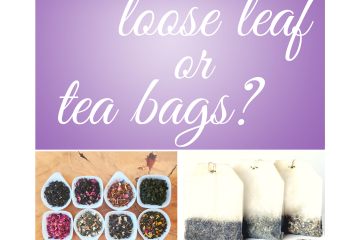 Have you ever wondered if loose leaf tea is really that much better than tea bags from the grocery store aisles? If you’re like me, you have. And it turns out that yes, it is! Read more…